Cancer CAREpoint is dedicated to transforming support for cancer patients and survivors, their families, and caregivers in Silicon Valley through personalized, one-on-one Counseling, Assistance, Resources, and Education.

Raising the Bar on Cancer CARE in Silicon Valley 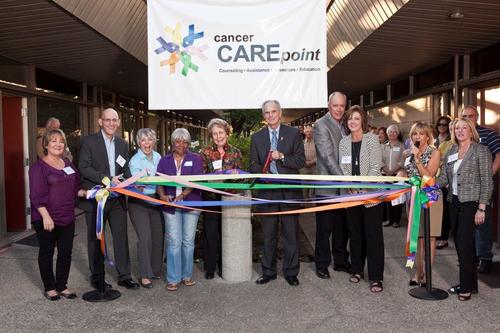 In 2009, Samaritan Medical Center CEO Dave Henderson decided it was time to figure out how to “raise the bar on cancer care” in Silicon Valley. Toward this end, he engaged the assistance of community leader Gay Crawford, a longtime advocate for cancer patients, along with former Good Samaritan Hospital CEO Bill Piché and oncologist James Cohen, MD.  Together, they discussed the lack of easily accessible, independent, non-medical support services for cancer patients and their families and caregivers.

Over the next two years more members of the community became involved in the process. More than 200 past and current cancer patients, caregivers, healthcare providers and representatives of local nonprofit agencies all came together to talk about their experiences with cancer and its aftermath. They described how it changed their lives, how it affected their families, and how what they’d learned could help others touched by cancer.

As a result of these insights, Cancer CAREpoint was born and given the direction to fill the gap in psycho-social support services in Silicon Valley.

By November 2011, individuals, foundations and local corporations had invested in the vision of Cancer CAREpoint’s founders and donated $1 million. This funded the piloting of programs and services that had been ranked high by focus group participants. In early 2012, Cancer CAREpoint launched its Resource Center, offering its free personalized, one-on-one services—Counseling, Assistance, Resources and Education. An expanded Resource Center—with almost triple the space of the first suite—opened in 2013.

What Drives Us Today

Around 10,000 people in Silicon Valley are diagnosed with cancer each year, and thousands more are living as cancer survivors. Because of this, there will always be individuals and families who need emotional, practical, and psychological support to get through one of the most difficult experiences of their lives. Cancer CAREpoint is dedicated to ensuring that no one should have to face cancer alone.